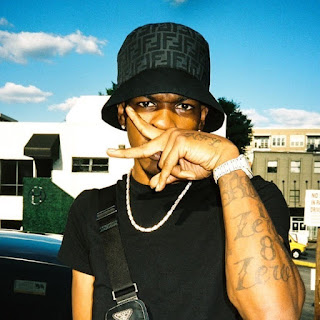 Since famously championing percocets over women on his viral hit “Ok Cool,” CEO Traylehas cemented himself as one of the premier independent rappers out right now. His new project Happy Halloween C4 is the fourth installment of his Happy Halloween album series and is by far his best project to date.

Unlike albums of similar lengths, this 16-track effort doesn’t feel bloated and has little to no filler. Executive produced by YSL’s Turbo, Happy Halloween C4 has something for everyone from die-hard Trayle fans to those just now stumbling across his music.

Tracks like “Novocaine,” “First 48’d,” and “Paul Walker” blend Trayle‘s trademark menacing flows with production that harness the ghastly aesthetic of Halloween better than past projects in this series.

C4 further separates himself from his past work with introspective cuts like “Percocet Pain” with Babyface Ray and “Jean Deaux Interlude”, both of which are some of the more memorable cuts from the project. The Babyface Ray collab sees him going in a traditional pain poetry route while the interlude sees him dipping his toes into the R&B sphere. Don’t get left behind and check out Happy Halloween C4 below!

OUR ADDICTION OF THE DAY: DEVIL'S JUICE BY AM3NN

SooshBrah Reflects On His Music Career And Talks Inspiration

Sven Andrew – An artist who works as hard as 10 artists

Boyd Hoek Is A Triple Threat In The Music World