Jillimune delivers a new hit song “DON’T DON’T” from the album “TACENDA” which already has been streamed more than 50.4K. A song that consists of sick musicality with hard-hitting vocals. It gives an EDM vibe which can be played in shows making people groove. “DON’T DON’T” is addictive AF!!!.

All his Music from “Burijji (Interlude)” to “Don’t Don’t”,  each and every song are commendable and can stand out in the Music scene. He has gained over 3,566 monthly listeners.

This young artist has been releasing hits after hits which are being acknowledged by his listeners. Besides his inborn talent, he is also an entrepreneur selling some stunning Merch such as Patterned Merch, Embroidery Merch, Epic Hats, and some captivating Cover Prints on his official website. He is also working on some NFT projects on Music Albums starting from 2.99$.

To Discover Jillimune, connect with him on: 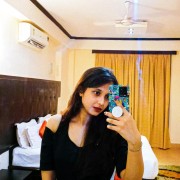