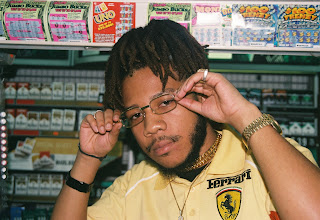 Anton Maxwell, better known as TokyoAnt, is an artist from Jackson, TN. He’s currently based out of Nashville, where he has gained recognition in the scene through multiple shows, interviews, and events. To describe TokyoAnt’s music is described as chill, fun, motivating and an overall vibe. Recently, he released his music video for “Orange Chkn” off his latest album “Tokyo Sensei”. His project is filled with bars & melodies over a variety of relaxed and hype beats. TokyoAnt is not only a musician but a businessman. With 3 degrees in business, this entrepreneur has his hands in a few bags. Running his own clothing brand, Trïo731. He’s also a director, videographer, model & graphic designer to name a few labels that TokyoAnt could fit in.