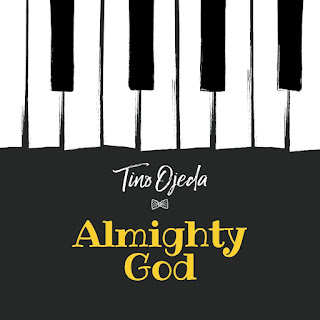 Chicago, IL-based musician Tino Ojeda brings a depth of earnest, devotional artistry and a fascination with the Divine to his compositions and the words he sings. It’s no wonder. He currently serves as the Worship Pastor at Emmanuel Bible Church, a vibrant community made up of two language groups (English and Spanish). The worship songs created by him and his ministry are for ‘the express purpose of uniting culture under the banner of God’s love’.

Tino Ojeda is a beautiful surprise thanks to his latest releases entitled “Almighty God” and another single “Gloria A Mi Dios“. And yes, the artist is different thanks to a flawless technique and interesting lyrical content with which are melody to rejoice.

We all know that it is so rare. He believes in the idea of healing the world and its sufferings through the divine power of Almighty for us who is there to heal our pains, and he just wants to spread this message of humanity along.

Tino Ojeda is currently rolling out the release of a full-length album by releasing a series of singles. To hear the already-released singles, visit his Spotify page. His latest single has been released with English and Spanish versions entitled “Almighty God” and “Poderoso Dios”. Stylistically, this is an epic ballad featuring prominent piano, acoustic and electric guitars, bass, and drums. It has been released on September 24, 2021, on digital platforms.The songs remind us that even when everything is hopeless and dark, and we fall short, God is Almighty, is there, able and willing to help us in our greatest need. So take a break and Listen to these Healing Songs to make yourself happy and contended.