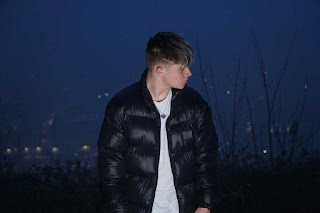 It is rarer and rarer for artists to release albums, but fortunately, some of them are creative enough to offer complete projects. dylhutch is one of them.
With his latest offering “Stuck With Me”, he proves that he has a well-deserved placed among the greatest. The 13 tracks project is generous and appealing from start to finish, and that’s a rare thing, we are not going to lie.
dylhutch delivers real hip-hop vibes with flawless rap technique, as well as vanguard sound between trap, electronic elements, and old school hints.
“Stuck With Me” is a success and brings something different to the table, never-heard creativity and infectious energy.
The album is going to make waves among tastemakers around the world. The public will adopt it and we predict dylhutch a bright future in the industry.
Bravo dylhutch and thank you for this musical gift!
Press play right now: