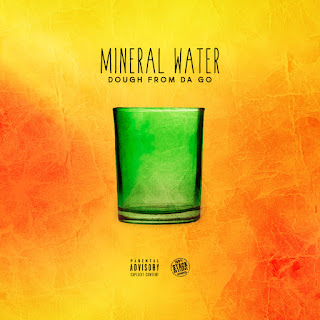 Yes, many real hip-hop artists exist. However, it’s rare to find music that stands out in a crowded market. We started to lose hope when we discovered Dough From Da Go.

Dough From Da Go is an American music industry mover and shaker, marketing guru, and A&R born and raised in Chicago. Dough got his start in the early 2000s producing and engineering for many local & major artists.

With powerful and incomparable flow, Dough From Da Go makes a difference and send us infectious energy. His self executive produced album entitled ”Mineral Water” is a banger that we will listen to, on repeat, without getting tired of it as we already got some hint from the tracks on Soundcloud released years back.

The album is a 20 song compilation with dope artists and producers from Chicago. This album was in the making for a few years and will now be released on Spotify on the 26th of November 2021, Yet we caught some of the tracks and heard the masterpieces which blew our mind off due to the authenticity of the hard work he puts in.
From Dough:
“There will be a comic book released, a documentary, merch pop-ups, and a lot of events surrounding it in support. The first official single is “Same 24” (Featuring Kentrell) [Prod. ILL Brown]. As for the album itself, the feel of the project is everything from soulful to political and anything in between. True timeless music that’s refreshing and everlasting! #MH2o”
So don’t forget to tune in to Spotify and stream the album until finishing up all the 20 tracks!