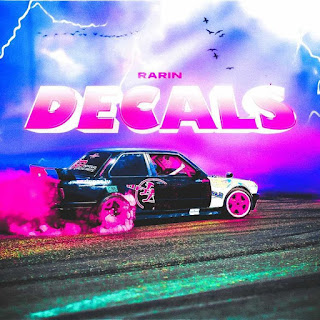 Rarin has just released his latest track “Decals” and it’s nothing short of a masterpiece.

His voice is on show here as it smoothly drips of soft lo-fi beats. It blurs the line between pop and R&B with its softly soothing melodies and infectious rap-influenced rhythms.

Like much of his songs, this release defies genre, fusing together a furious flurry of different styles to create something fresh and distinctly his. Rarin’s rich, honey-dripped vocals are simply intoxicating as they effortlessly flow over a laid backbeat.

Rarin is known for using his creativity to spread positive energy, his talent doesn’t stop there. His lyrical content is profound, his creativity has no limit, and his songs are infectious.

Rarin’s rhyming skills are enough to stand on their own, what makes the song interesting is that it’s put together artistically and with genuine style. The man has good taste, and you can tell he really does put his heart into his music. There’s a coherent aesthetic vision here, and it works.

Bravo Rarin, we wish you nothing but massive success for 2021 and beyond.