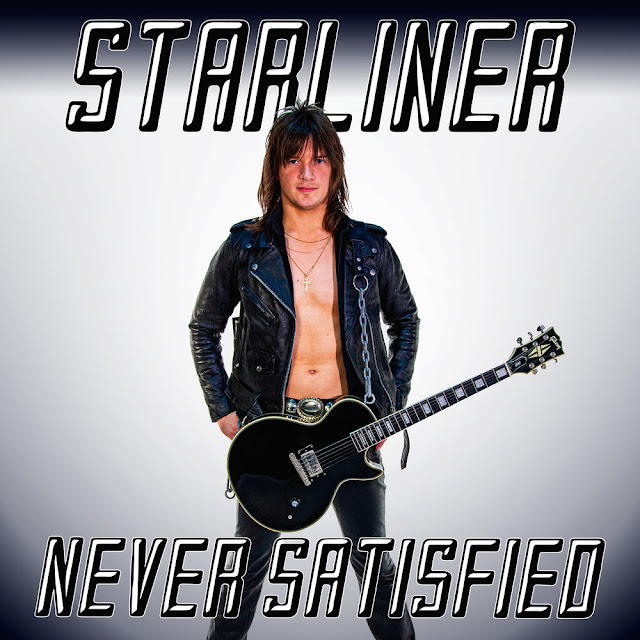 As you might know now, At Vizdumb we like artists willing to break the codes of the music industry and creative spirits capable of the unexpected.

We need the right dose of uninhibited art and experimentation to feel alive! We could not find better with “Never Satisfied”, Starliner’s new single. The Houston-based artist offers fresh air in the artistic landscape. A mix of music and sounds coming from another world.

This unorthodox way to do music changes us from conventional habits. Let us illustrate our point: Intense guitar melodies as we can find in rock, interesting electronic touches, and noise coming from nowhere: simply a unique and strong artistic research.

Dillan Dostál, known by his artist name Starliner, is based in Houston, Texas. From a young age, he’s been glued to the guitar, gravitating towards rock music especially. He’s been touring in bands ever since.

Most recently, he was a member of The Drugstore Gypsies, a touring rock band featured in publications like Rolling Stone. This year, he has several new music releases on the way, starting with the single “Never Satisfied.” Later this year, he’s also set to drop his first solo EP, 20/20

It might seem cliche to say that this song is a jam rock, but I could honestly feel the bass through my laptop. I’ve reviewed thousands of recordings, and very few have had that effect. The guitars are nice and thick, offering up a jolting, no-nonsense sound on some songs while conveying a sentimental precision on others. This music is classified as alternative, but it’s more of the powerful variety rather than the whiny, depressing sort (though I happen to enjoy that style as well). This guy actually sings much better than the typical alternative rock vocalist

The guitars and vocals blend so well into one another that the enhanced result feels like a product of melodic alchemy.

“Never Satisfied” is meticulously constructed to perfection and a work of art. This is the sort of music I wish they played on the radio instead of the garbage they actually do.

We recommend you to discover “Never Satisfied”  now if you want to live a unique and special experience.

“Never Satisfied” is available on all major platforms. Follow Starliner on Instagram to keep up with him and other future releases.

Link to the single: