Jalen Malone aka Lüv based out of Atlanta, GA in USA is a Melodic Rapper so whoever comes under that term is a good singer too like Swae lee, Post Malone, XXXTENTACION, Juice Wrld, etc to name a few. 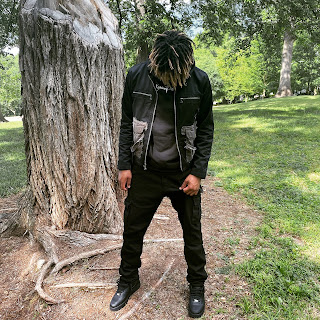 In my opinion, Lüv is not the type of rapper that everyone is these days. But I believe he is pretty good. Particularly I enjoyed his songs Falling, Traumatized and Heaven’s Gate.
LISTEN ON SPOTIFY
He is not just another ‘Lil’,’YBN’,’Young’ whatever.
He doesn’t use an overload of autotune and always rap offbeat like others seem to follow like mindless sheep.
His lyrics may seem stereotypically about drugs, but its not used in the same intention as with more mainstream rappers who speak of ‘popping xans’ like its normal, cool and expected of them.  Lüv tells his story of drug abuse through his songs, and gives a negative image of drugs which is much better than for example Lil pump, who even made a song called ‘drug addicts’ which in literally no way disapproves of drugs.
He doesn’t often brag about amounts of money in majority of his releases either, which is a desired trait in a rap song these days. As we all know, common reasons as to why rap is failing these days is due to its common themes.
I am also happy with the fact that he has no grills, and therefore hasn’t fallen into the trap of being a stereotypical rapper in appearance. THIS DOES NOT AFFECT A RAPPERS SKILL, ITS JUST PLEASING TO SEE THE CHANGE FOR ONCE.
I can agree that Lüv is not on the same level as Eminem, or any High level rapper, but keep in mind that he’s quite young, and has a completely different style to some rappers.
Vizdumb Music got a chance to ask his team a few questions and here is what they had to say.
1.Can you please tell our readers your real name as well as your stage name?
Jalen Malone aka Lüv
2.Where are you from and Where are you based?
I am based out of Atlanta, GA in USA.
3.At What age did you start making music?
I made my first song when I was 15, but I have written music since I was 8.
4.What genre would you consider yourself?
Alternative Rap/Pop
5.Tell us about your latest track or Video ( what is it all about)–Please explain the concept or message.
Wrldovrluv is about me finding peace with the universe during my battle with demons. Also it is about being held back by past luvrs and old friendships.
6.If you were given a chance, which Artist would you love to perform with?
XXXtentacion and Juice Wrld were the biggest influences on me. If I ever had an opportunity to tour or open for them.
7.Where can fans find you? List all your social media links
INSTAGRAM
SPOTIFY
Here is His First Mixtape :https://luv.fanlink.to/wlrn