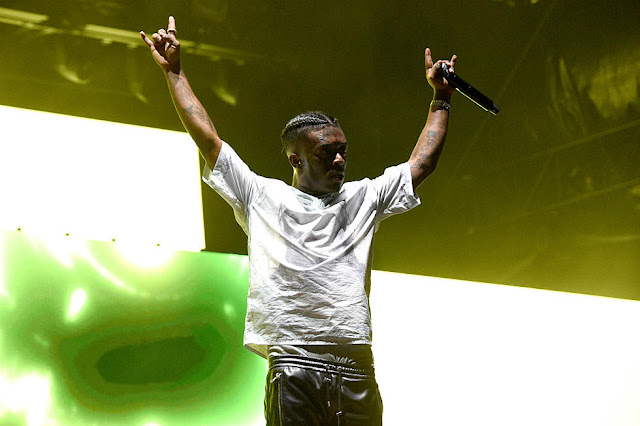 On Saturday (May 16), Uzi hopped on Twitter to field a couple of questions from fans. One person asked the former XXL Freshman, “How excited are you about your new album?”
Uzi responded with the tweet, “I’m very thankful right now so I’m Excited…”
Wanting more details, another supporter of the “Footsal Shuffle” rapper asked if the new project would be more reminiscent of earlier music, inquiring, “Are we gonna feel the energy through the songs like old uzi music?”
“Yes I had 2 get my feet wet again if you here my new features I’m back on my shit,” Uzi revealed in a tweet.

Yes I had 2 get my feet wet again if you here my new features I’m back on my shit 🛸 https://t.co/b2GngL5x8F

Just last week, Uzi surprised fans by revealing he has a new LP coming soon, fresh off dropping his Eternal Atake album and the Eternal Atake Deluxe album in March. The announcement comes shortly after Uzi released the new single “Sasuke,” produced by Brandon Finessin and Outtatown. Uzi has not announced a release date or title for his upcoming album.
In other Uzi-related news, he appears on the new Future album High Off Life, on the song, “All Bad,” as well as Nav’s new LP. He also recently worked with Lil Tecca and could be featured on Post Malone’s new album, the follow-up to Hollywood’s Bleeding.