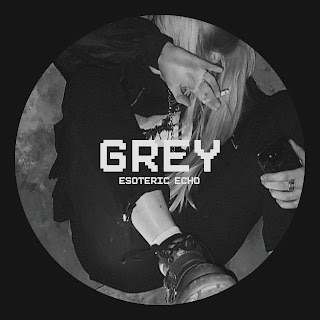 Esoteric Echo is 24 year old singer-songwriter. When she was 19 she started producing drum ‘n bass music. After a year she decided she couldn’t put her heart in drum ‘n bass music. She learned how to play the guitar and sing. Writing lyrics is the thing she’s best at.

Her lyrics are about her personal problems but also about what she thinks is wrong with the society we live in. She really disliked capitalism and rules. She combines the genres hip-hop and rock to write her songs. She often ends her songs with a climax that lives up to the expectations you get when you listen to her songs.

On December 18th she released her first single called ‘Grey’. “This song is about me being scared of losing our freedom.” There are two songs she’ll soon release. The first one is called Circus. “Circus is about feeling like a freak and realizing you could never go back to being a kid.” The second one is called Slaves of the Machine. “This song is about the fact that from the moment we are born we’re trapped in a system where it’s almost impossible to get out, even if you wanted to.”