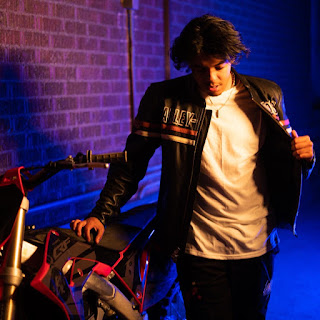 This is going to be a breakout year for Young Habibi as he has just released his much-anticipated single “Solo To The End” that we have just discovered.

Stunning and delightful from start to finish, the track transports the audience into a unique musical world blessed by emotions and melodic elements. “Solo To The End” sends us straight to another planet.

The track is an instant, heartfelt classic. It’s touching and quietly sentimental. The music has an intricate and very personal feel, offering a small, refreshing slice of humanity to contrast the harsh world we live in.

“Solo To The End” is a new world to explore, a musical experience that will catch your attention and feelings from the first notes which tells a story of how we are all by ourselves at the end no matter what, and dramatically the song supports the melodic beat-intensity which accompanies the track beautifully.