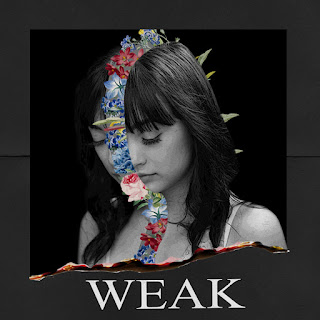 B.A.D is a trio of young music producers hailing from the beautiful town of Shillong. Officially formed in October 2019, the three group members are Benjamin Mawrie, Aleric Terry, Dipankar “Dtrx” Diengdoh, with their first-name initials lending itself to the name of the group.

Their musical expertise lies in the genres of Hip-Hop, Pop/R&B, EDM etc.

Duncan H Kharmalki aka DJ Knack manages the group, and he has been pivotal in guiding their endeavours.

They have also worked with other artists such as Banjop, HepRo07, Frank Synister, DJ Karma, as well as with The Midnight Pros studio.

“Weak” is the group’s latest solo project, which is also their seventh solo release and their first of 2021.

The initial idea for the song was first conceived by Dipankar as he was going about his daily routine during the previous year’s lock-down. He then shared the concept with the rest of the team, which the other members instantly took a liking to. Soon after, they all started on the process of transforming it into the final product.

The general theme of the song revolves around a person’s insecurities in a relationship, and how this adversely affects both partners. The lyrics of the song should be relatable to the younger generation’s experiences and issues.

It took a month since the original idea of the song for it to come to life, after which plans for it’s release were made. However, due to the recurring lock-downs, the release date had to be delayed multiple times.

The concept for the  song’s video is the brainchild of  Balajied “Balvo” Sungoh. Balajied shot the video with the help of Evan Phanbuh, while the editing was done by Dauni Laloo aka Spider Music.

The official music video is available on Youtube and on all streaming platforms including Spotify, iTunes/Apple Music,etc.