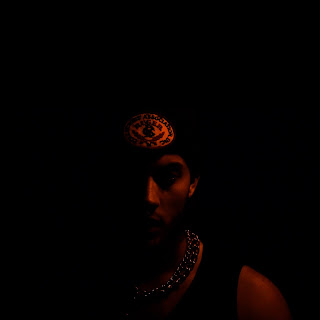 Music takes many forms. Some may prefer a more clean mainstream sound, while others may prefer a more raw ‘underground’  style, many may prefer joyous up-beat tunes, while others search for a deeper meaning they can relate to in more articulated tracks. The artistry behind the music is often what brings us in closer, whether it be a soul-touching instrumental that makes our eyes water, or lyrics that cut deep into our hearts and make our skin flare up in goosebumps; expression can manifest itself in countless different ways within the music we listen to. Wielding the instrument of expression, UNDEAD PAPI is setting the bar for music, redefining the boundaries behind artistry as we once knew to be.

Multi-talented singer, vocalist, rapper, and songwriter, UNDEAD PAPI is best described as a “musical shape-shifter” showing off his wide array of talents in various different styles through-out his discography, gaining the attention of many dedicated supporters while producing a strong notoriety in the underground music scene.

Rising out of Milwaukee, Wisconsin, UNDEAD PAPI has made it clear he has no issue with standing out from the crowd. Shuffling through his many compositions you can expect to hear anything from rap, acoustic ballads, alternative metal, melodic rap, to various different experimental styles such as Trap Metal, a fusion genre that has been gaining a lot of traction in recent years for combining elements of Metal with Trap music in a brand new sound that is very raw and intense. Popularized by the late XXXTENTACION, this sub-genre played a huge part in UNDEAD PAPIs rise to popularity within the underground. Coming up alongside other big names in the genre such as City Morgue, Scarlxrd, Kamiyada, Nascar Aloe, Jasiah, KxllSwxtch, and Gizmo to name a few, and even collaborating with some giants in the scene like Sosmula (Of City Morgue) on his 2019 track ‘Warlord’, as well as both $ubjectz and Cameron Azi (Of GCSY) on his 2018 EP ‘UNDEAD18’ as well as his most recent release titled ‘R6B Z6MBIE / DONT PUSH ME’. UNDEAD PAPI has made it a goal to innovate through out his music and has even added his own unique spin on the sub-genre, often adding in elements of extreme metal genres. Taking inspiration from Deathcore and Death Metal bands, it isn’t uncommon to hear Guttural vocals, Low Growls, High Screams, and even Pig Squeals on these adrenaline-rush inducing tracks.

Though the energy in UNDEAD PAPI’s work is very strikingly intense at times, he also reveals a more vulnerable side in more heart felt tracks, such as fan-favorite ‘Death Is Near’, ‘Hold on By a Thread’, and the various tracks through out his mixtape titled ‘february corpse’ and EP ‘when the leaves fall’. UNDEAD has grasped the art of expression and isn’t afraid to switch up into a different direction in his craft fluidly, making his art easily accessible to various demographics of listeners, with very different musical tastes.